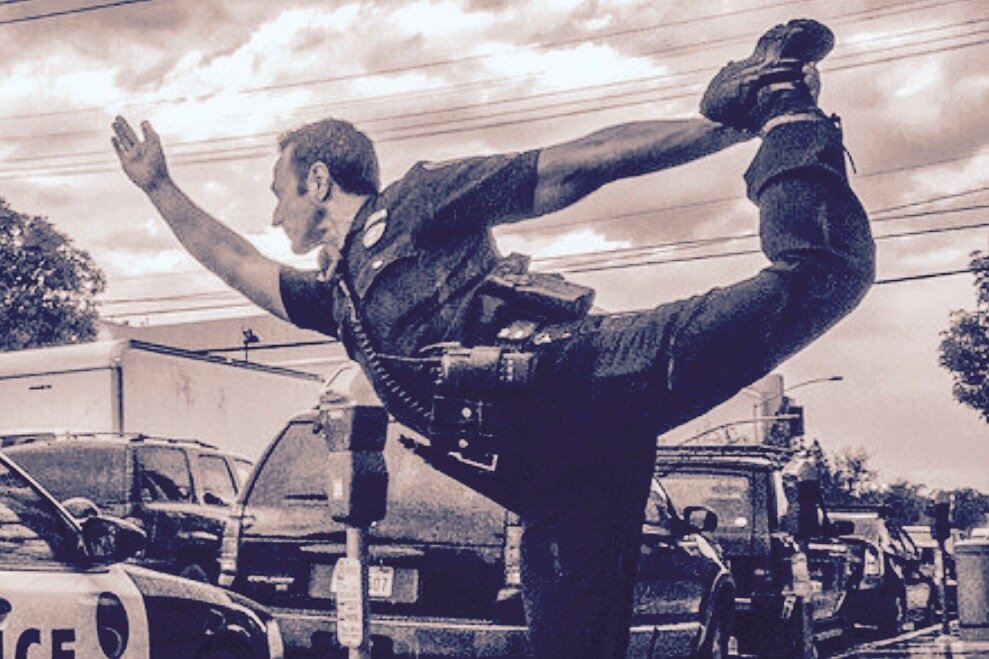 Erik Milosevich is a police officer with the Santa Monica Police Department. He has a passion for acting, theatre, and martial arts. In his early 20s he enlisted in the US Army and served with the 82nd Airborne Division as a recon sniper. After completing four years in the military, he taught martial arts for a year before being hired by the Hawthorne Police Department.  He was a police officer for four years with the City of Hawthorne before taking his job with Santa Monica PD. In addition to working the streets, he held a variety of other positions within SMPD including hand-to-hand combat instructor, neighborhood outreach coordinator, and crisis de-escalation instructor.  He places a strong emphasis on his own wellness practices and defies the stereotypes of law enforcement culture, as he is an avid meditator and a yoga instructor. Over the course of his 20-year career he has encountered very few situations in which use-of-force was necessary; a testament to his peacekeeping ideology of creating human connection through unconditional love and compassion.